In the center of Historic Mary's Square
St. Michaels, Maryland 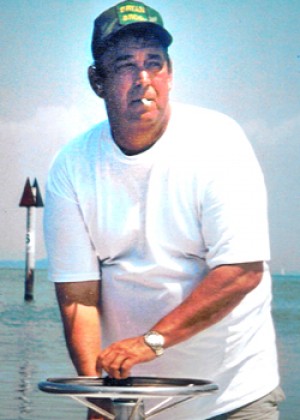 Born Sept. 16, 1944, in Easton, he was the first born child of the late James Marion Bryan and Peggy Cummings Bryan. Allen graduated from St. Michaels High School on June 8, 1962. The very next day, he married Carol Newnam.

After graduation, Allen joined his father to pursue his love of farming. In 1969, after the passing of his father, Allen and his brothers started the excavating business, known as J. Marion Bryan and Sons. Later on, this business added a separate entity, known as Bryan Bros. Landscaping. He and his brothers also owned and operated Aqua Pools for a period of time.
Outside of being a successful businessman, Allen had a great deal of other interests. As a child, he was an active member of 4-H. Later in life, he participated in the Farm Bureau of Talbot County and the Tax Payer Association, as well as being a philanthropist for The United Fund. Allen was a proud member of Granite Lodge No. 177 A.F. & A.M. He was the Commodore of the Miles River Yacht Club, two years back to back, in 1982 and 1983, as well as being on the board of the Maryland National Bank. The years devoted to these many endeavors was a result of his love and support for the Eastern Shore.
Allen, aka "The Big Cheese," was the epitome of a true Eastern Shoreman. His Tilghman Island roots from his mother and his Trappe roots from his father gave him a love and respect for both the land and sea. Anyone who knew him knew that cooler weather brought out his camo and his love of hunting through the seasons of dove, goose and deer. After retirement, Allen earned his captain's license and proudly founded Lady Peggy LLC Fishing Charters. He learned the fishing business from the best and like everything else in his life, he did it in a big way.
In addition to his parents, he was preceded in death by his three brothers, Jimmy, Billy and Kenny, and a special nephew, Josh Bryan.
Allen is survived by his wife of 30 years, Georgia, as well as his daughter, Debra Bryan Stevenson and her husband Tom; his oldest son, Allen Martin Bryan Jr. and his wife Laurie; his youngest son, Robert "Bobby" George Bryan and his wife Krystle; three sisters-in-law, Kim, Donna and Jeanne; grandchildren, Megan and Robbie Dornton, Trae and Skylar Bryan; step-grandchildren, Kristin Reynolds, Jacob and Cara Stevenson; nephews, Jamie, Jason, Jake and Caleb Bryan; and nieces, Kimberly Mull, Taylor Bryan and Dawn Turner.
A celebration of life will be celebrated at 3 p.m. Monday at the Easton Church of God, 1009 N. Washington St., Easton.
Donations may be made to James M. Bryan Building Dreams for Youth Foundation, c/o Midshore Community Foundation, 102 E. Dover St., Easton, MD 21601.
Arrangements are being handled by Fellows, Helfenbein & Newnam Funeral Home, P.A., Easton.

Except July and August